Imagine a woman – middle-aged, pretty, educated, with money – telling her husband that another man -artist, musician, foreigner, Polish, older- fell in love with her. As he says in passing: this guy who came to give the concert, do you remember? Well, he fell in love with me and wants me to go to Brazil with him.

Imagine that the husband responds thus:

Imagine this is the attitude of the husband and on the other side, the fire. On the other hand, the Pole speaks of enormous love: “I travel from city to city to city, that’s my job, but you’re always with me. you protect me I have peace inside. I say to myself: I have to find her, she is my destiny”.

He tells you that and more.

She -her name is Beatriz- is not ready for adventures or looking for true love. There is no place for “things of the heart”, he says. But what a difference, ah, what a difference between the coldness of the hearth and the passion of the musician. “They have been married for a quarter of a century, it’s understandable”, will immediately say the South African Nobel laureate John Maxwell Coetzee, who knows them like no one else. Because Beatriz, her husband and the musician are her characters. 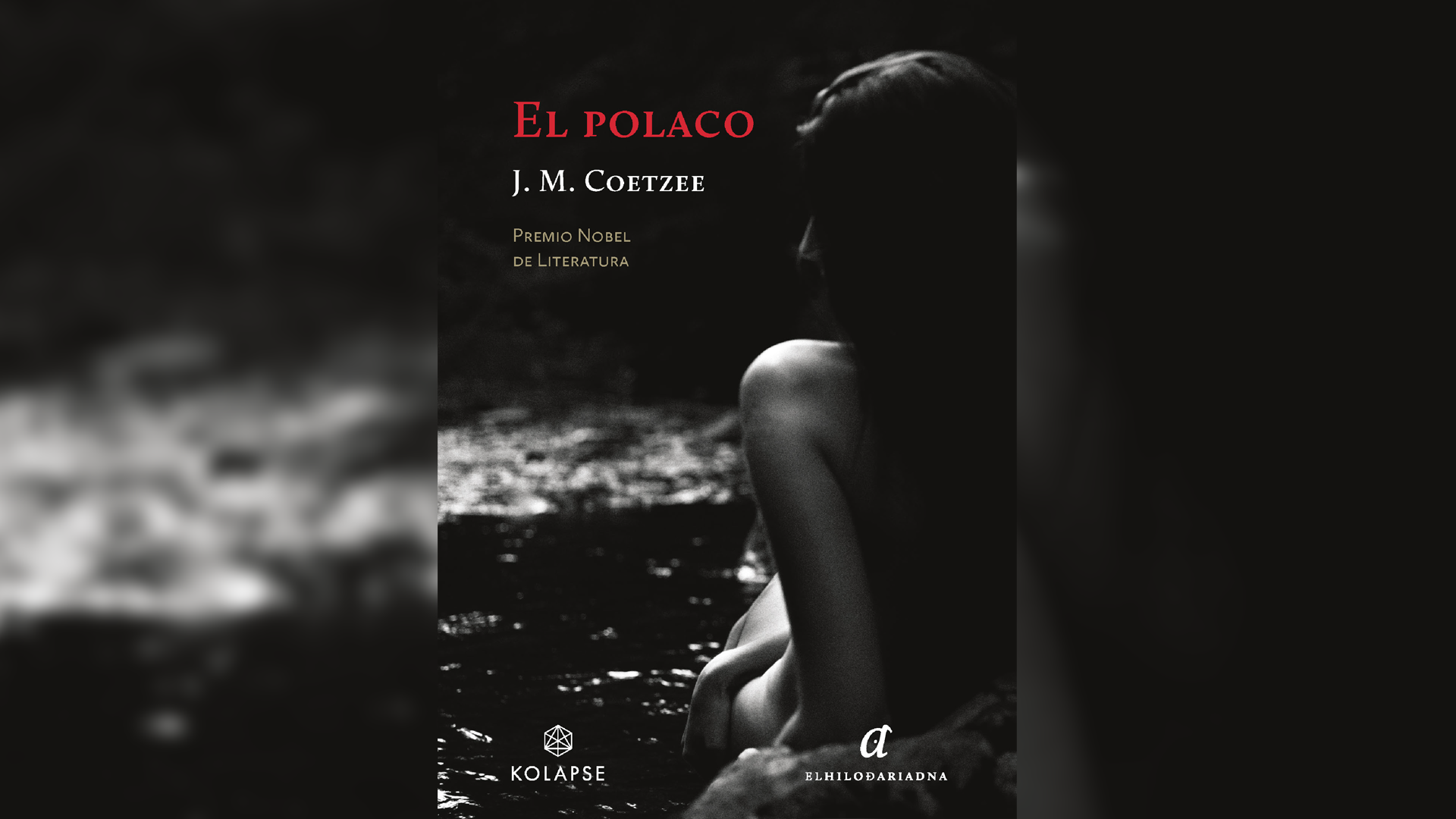 “The Polish guy”. The cover of Coetzee’s new novel, with a photo by Eduardo Costantini (h).

That, how to stand in front of love, how to say love, how to speak of passions in literature and perhaps in music, how one returns to romanticism, is -also- The Polish guythe novel that Coetzee What will exclusively launch an Argentinian publishing house in the world. In order to curb the supremacy of English, Coetzee He decided that their books come out first in Spanish. So The Polish guy was translated – another writer did, Marianne Dimopulos-, is published by Ariadna’s Thread -by Leandro Pinkler and Soledad Costantini- and it will take a year to appear in other languages.

“I resist the idea of ​​English becoming a universal language”was able to explain himself in 2019 at the National Autonomous University of Mexico, where the Mexican writer Jorge Volpi defined him as “the greatest writer of our time”.

These ideas, these positions that we expect from Coetzeebut It may seem strange that the South African takes care of the masterr. He is an intellectual writer, with a very intelligent prose, he generally borders on politics, colonialism, racism. Love?

And another thing: his character, the Polish Witold Walczykiewicz, is gray like him, almost his age – just three years younger – and is described as “a man with an angular profile”. He is said to resemble actor Max von Sydow. Now look at the photo of Coetzee. 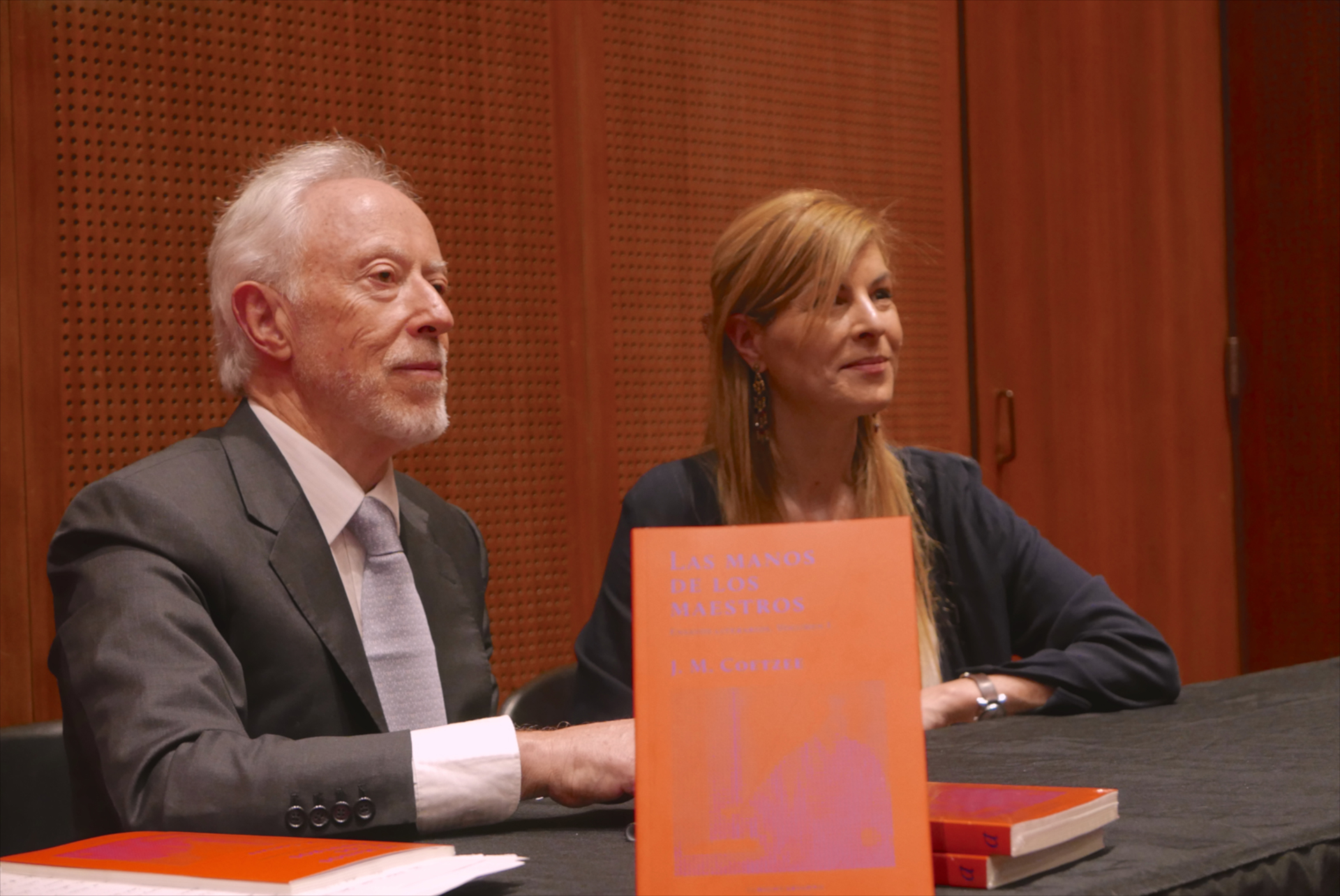 The book has all kinds of nods to the life of Frédéric Chopina musician linked to romanticism, who spent a winter in Majorca -where the characters of Coetzee– and received for his preludes 1500 francssomething similar to 1500 euros that Beatriz will pay to have Witold’s poems translated.

Here in the reply to Infobae, the author will say that he wrote a book about two very different people. From the stories of rich men and servant girls, Is there a more romantic theme?

Anyway, the story – which is on presale until August, when it will be released in bookstores – begins when “the Pole” arrives in Barcelona to give a concert and Beatriz is part of the committee that invited him. He is a particular interpreter of Chopin’s music. It is said that “paved the way for a new generation of Chopin interpreters in his native country”. We say that “su Chopin is not at all romantic but, on the contrary, austere, a Chopin heir to Bach”. She won’t like him very much.

“I don’t think it’s possible to find words that are a complete and adequate equivalent of what the music says.”

Moreover, as a musician, “the Pole” is Polish, which is not something insignificant in the novel. “She wonders what it would be like to be born in 1943 in wartime Poland with nothing to eat but cabbage soup and potato skins. Is physical growth slowed down? And what will become of the mind? Will Witold W prove that he bears the marks, in his bones, in his mind, of a childhood of hunger?

Because of these things happening, Beatriz has to take her out to dinner. Why isn’t her husband going? Well, why not participate in these activities. They are two couples. They talk about music Polandof food, of Chopin. They speak English, which is not their language, although she speaks it much more fluently than he does. In the taxi, by way of farewell, he shakes her hand. A few weeks later, she receives a parcel with an inscription: “To the angel who watched over me in Barcelona”.

This is how it all begins.

Coetzee he is thrifty, he talks little about his work. However, he undertakes to answer certain questions from Infobae by email.

–The many allusions to Chopin make us think of romanticism and passions, in this case love. Can love be written outside the building of romantic love? In what tone can we speak of love today?

-The popular image of Chopin, even during his lifetime, was that of a salon pianist who composed dreamy and sentimental music. This image has always been wrong. Chopin He was a great composer, heir to Bach and Mozart. The Pole who gave his name to the book is a pianist who has made a name for himself as a performer of Chopinbut a Chopin rather severe, classic type. The woman he falls in love with, on the other hand, prefers a more emotional and romantic interpretation of Chopin. Therefore, the music Chopin fails to create a bridge between the two.

-The relationship between Beatriz and her husband does not seem to be related to romantic love and it is even difficult to read it as pure love. If we don’t speak in the romantic code, isn’t love recognized?

-Beatriz and her husband have been married for a quarter of a century, so it’s understandable that the romantic passion between them has waned. On the other hand, they developed a modus vivendi which allows them to co-exist with a minimum of friction. 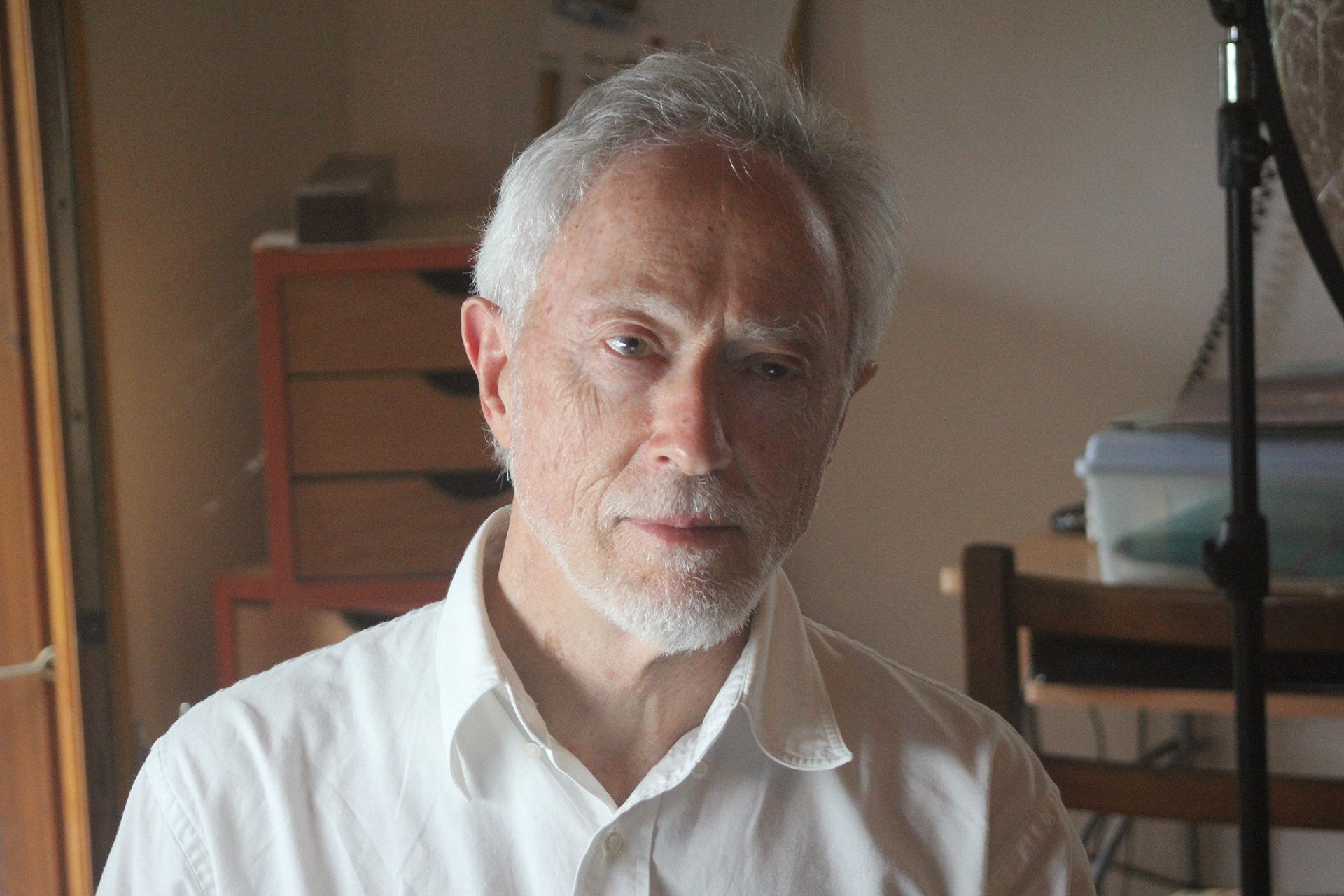 -What is the difference in the way feelings are expressed in music and literature? What is your relationship with music? Are there things that can be said in one language and not in another?

-My position on the relationship between music and language is extreme. I don’t think translation between words and music is possible. I mean, I don’t think it’s possible to find words that are a complete and adequate equivalent of what the music says.

-In the novel there are two genres related to love writing: poetry and letters. Are they forms of narration for abandoning oneself today to a romantic love that becomes romantic to the point of transcending death?

-The letters you refer to are of a particular type. They are written by Beatriz in Polish a few months after his deathin response to poems she has just read for the first time, poems he wrote to her in Polish. Sus cartas son peculiares en el sentido de que están escritas en el vacío, por así decirlo, mientras que los poemas de él no son exactamente “por” ella o “para” ella, en el sentido de que están escritos en un idioma que ella He does not understand. We can say that the exchange between the poems and the letters is a love speech, but only with a strong dose of irony.

-Witold says we live in lucky times. Do you think so? In which way?

Witold was born in Poland during the Second World War and he lived in a repressive communist state until 1989. From his point of view, the last thirty or forty years have been a good time, at least in Europe. We must remember that over the centuries the Polish people have suffered greatly at the hands of their most powerful neighbours, Germany and Russia.

– To like or not to like Poland is a topic of the book and this question does not appear concerning Spain. Why this difference?

– This is a very broad question: if one can say that being born Polish is a tragic destiny – or at least a bitter destiny– Why can’t the same be said of being born Spanish, or more specifically in Beatriz’s case, of being born Catalan? I can only answer that The Polish guy it’s a book about two very different people, two people who are not kindred spirits, as their different attitudes towards music would suggest. Witold is the kind of person who asks questions like, “What does it mean to be born Polish?” Beatriz, who is an intelligent person who is very capable of situating herself in the perspective of the history of 20th century Spain (she reflects obliquely on the history of her family under the Franco dictatorship), is however not those who consider the question “What does it mean to be born Spanish (or Catalan)?” To some extent the difference is simply a difference in temperament; but in the case of Witold the question is made more urgent by the fact that he is known throughout the world as an interpreter of Frédéric Chopinwhose music is renowned for expressing the Polish soul.

* “The Pole” is out in August but is already on pre-sale on “Ariadna’s Thread” page, www.editorialelhilodeariadna.com.ar.

♦ Born in Cape Town in 1940 and raised in South Africa and the United States.

♦ He is a professor of literature, translator, linguist and literary critic.

♦ In 1961, he graduated with honors in mathematics and English from the University of Cape Town.

♦ You currently reside in Australia.

♦ In 2003, he received the Nobel Prize for Literature.

♦ Between 2015 and 2018 he led the Coetzee Chair: Southern Literature, at the University of San Martín, with the idea of ​​making a south-south connection, without going through the north of the world. In 2016, he left to teach in a José León Suárez prison, in the suburbs of Buenos Aires.

Start reading ‘The Pole,’ John M. Coetzee’s new novel, out in August
The other side of Mario Vargas Llosa’s love affair with his aunt, whom he left to his first cousin
Non-novelties: “Twice June”, the novel that best reflects the horror of the Argentine dictatorship and which catches the eye from the first sentence
Prev Article Next Article