Home
Sports
Lionel Messi and his first year in Paris: “when we take the boys to school, with Antonela we leave crying”
Prev Article Next Article

Two days after donning the jersey of the Argentina national team challenge the Finalissime in view of Italy at Wembley Estate, Leo Messi He spoke of the team’s chances in the Qatar World Cupthe departure from Barcelona and adaptation to PSG, the retirement of Sergio “Kun” Aguero and his professional future, among various topics.

“This year I did not like“, revealed the captain of the Albiceleste about his first season in Paris after leaving the Spanish club hastily, in an intimate interview he gave to TyC Sports. “I had thought that everything would continue the same way, playing for Barcelona, ​​but with everything that happened was a difficult year“, he added.

“It was difficult to make the change at that age. For Antonela and me it was more difficult than for the boys. I remember the first day we took them to school was terrible. We both left crying. To say what we are doing here, what happened”, he declared, while ensuring that fortunately for his children, the adaptation to school and friends It was spectacular”.

Arrival at PSG, the Covid and the whistles

“They were new teammates in a place that plays different football. It was all new to me. I started the League late, because I arrived late at the club And I was also injured. For one thing or another, I couldn’t play four games in a row,” he recalled. the chip upon his arrival in the French capital.

In this sense, he pointed out that in addition to injuries, having infected with coronavirus in the last days of 2021, spending the holidays in Rosario with his family, he was also an influence. “The truth is he hit me real hard. Symptoms very similar to the majority I guess. Lots of cough, sore throat, fever. But it left me with scars.”

“I couldn’t train. I came back and spent about a month and a half without even being able to run because it affected my lungs. I just got back to training couldn’t run. I wanted to start and rushing back, it ended up hurting me.

On the other hand, he evokes the consequences of the elimination of his team at the hands of the real Madrid in the Champions League, who eventually became champions. “The Real Madrid thing killed us. It killed me and all of PSG, because it was a locker room that had a lot of hope. I still want to win the Champions LeagueIt made me angry not to be able to play the final. And he added: “I don’t take credit away from Madrid, but there were teams that were playing better.” 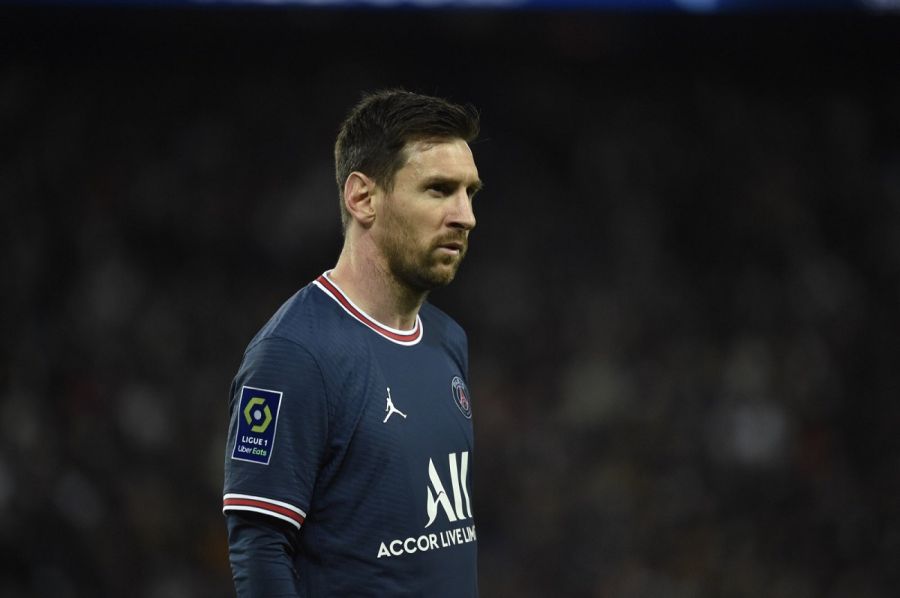 “People’s anger is understandable. because we had a good team. It was not the first time that Paris were excluded from the Champions League. With ney (Neymar) We were the most distinguished I don’t know if it was right or not, but it’s over”. “It was new for me, it’s a different situation. It had never happened to me at Barcelona but on the contrary.

“I didn’t like my family being around and hearing people whistling at meand that my kids are there and they have to go through this,” he admitted. They did not understand anything, because They don’t even know why. I know they felt something.”

The health of “Kun” Aguero

“I didn’t know what happened to Kun. I saw him from afar and didn’t understand what happened until I could talk to him. There I realized it could be much worsebut he’s a special person and that’s why he took it that way,” he said in reference to the ventricular arrhythmia that caused him to withdraw.

“He will have suffered and cried with his family, but luckily he has found another place where he is doing very well,” he said. he was sad not being able to share time with his friend at national team concentrations. “I miss him a lot. We slept together, we went swimming together, we did everything together and it was always noticeable. 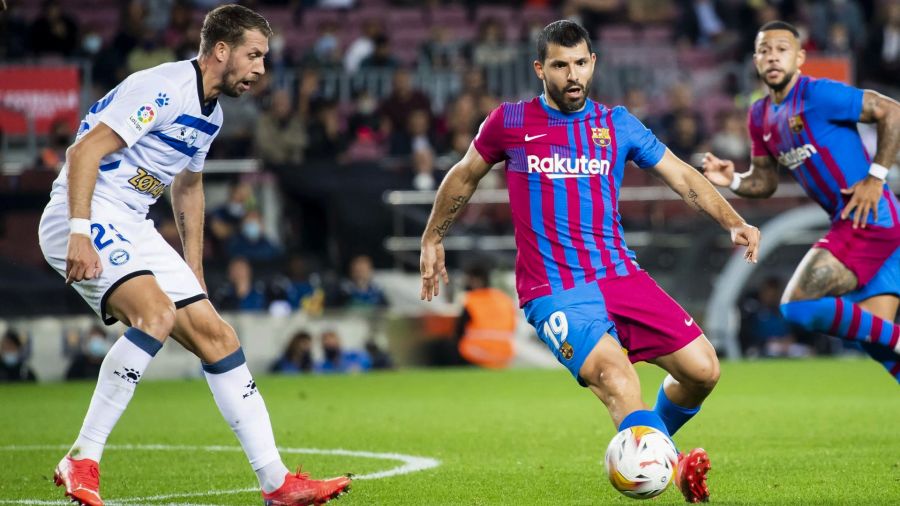 Who is Juani Méndez, the young artist who dreams of meeting Lionel Messi

The Copa América 2021 and its feelings against Qatar

After the consecration in the Maracana Stadium at beat Brazil 1-0 in the Copa América finalOn July 10, 2021, Messi announced that he ‘didn’t imagine’ what was to come. “After so many years of fighting with the national team and many sad summers because of losing finals, It was a different summer, because the happiness was complete”,

“I’ve had a great time in Argentina for some time. People and journalism have changed a lot with me, because before they were very critical. Now I feel that speak with more respect and support that I didn’t have before. After winning the Copa América, everything became more beautiful”.

In this sense, he defined it as a “good memory” but now he must look to the future because there are “new challenges and goals”. Qatar World Cupwhich will take place from November 21 to December 18, said: We know it will be a tough tournament, because Mexico and Poland have a great team. We know that the whole championship is going to be difficult, but a priori we prefer to face better known rivals later”. 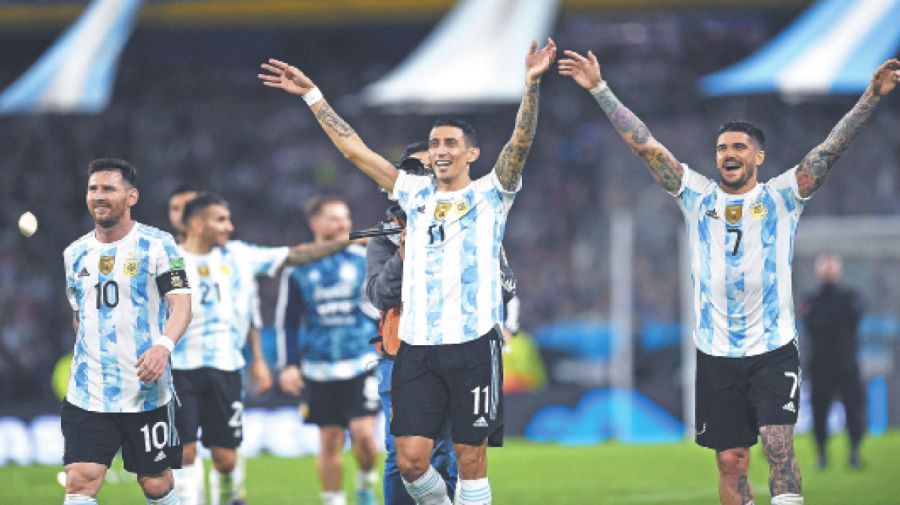 “Winning at the start is the key, for everything that comes after. The group is very excited, impatient and I hope things will go well”. “We have a squad that plays every game as if it were a final,” he added.

On the other hand, he did not put Argentina as a candidate to win the Cup and praised defending champions France. “We are a selection that can give anyone a hard time, although that does not mean that we are candidates to win the World Cup. France have an impressive teamI think the blow from the European Championship has made him stronger and he will be a candidate to win the cup.”

“It’s crazy that Italy have won the European Championship and are not in the World Cup.. They’re a historic team and it’s a shame they didn’t qualify. I have colleagues and friends in the team, with whom I had a very good relationship and they helped me a lot, and I’m sorry they couldn’t go to the World Cup”.

The tribute for the death of Diego Maradona

In another section of the note, the Rosario star shared how his idea came about to pay tribute to the death of Diego Armando Maradonawhich happened on November 25, 2020. Four days later Barcelona faced Osasuna and Messi capped the 4-0 victory with a superb goal, then he took off his shirt to wear Newell’s shirt in 1993 and the “10” that Diego used in the Meadow.

“I went upstairs and there’s a little door that’s always closed, where you put things. It was just open. There was a chair and on it was the 10 from Newell’s T-shirt. I walked in and saw her. This door is still closed and I don’t really know what (the shirt) was doing there, I didn’t even remember that I had it. And I saw her like that and I said, ‘That’s it’. It was amazing.”

“He hadn’t scored many goals at that time. and it wasn’t that he was scoring goals in every game and he was sure of that. It happened that We were going two or three to zero and the goal was not given and after that piece appeared out of nowhere,” he recalls.

The Argentine captain and the biggest Polish football star, Robert Lewandowski, disputed the last Ballon d’Or, which remained to Messi. After the Bayer Munich player’s criticism, Rosario said: “Say what you want and I’m not interested“.

“Everyone says what they want and obviously they can express themselves and say what they want. Honestly I don’t share what he said but I didn’t give it more importance either”, he elaborated. “But the words I said at that moment came from the heart and because I really felt that way.. I said he deserved the Ballon d’Or before, that he was the best, but the year I won it was not the best, just that.” he adds.

In this way, he addressed the French Karim Benzema to win it in 2022: “He had a spectacular year and ended up devoting himself to the Champions League, being essential from the round of 16 in all matches. I think there is no doubt this year“

His former teammates of the Argentine national team

“Many times we said that it was not only important to win, because in previous years we did spectacular things that were not valued. They were very unfair with the previous cycle“He spoke about the generation of players who managed to reach the final of the 2014 World Cup in Brazil, and the Copa América 2015 and 2016. 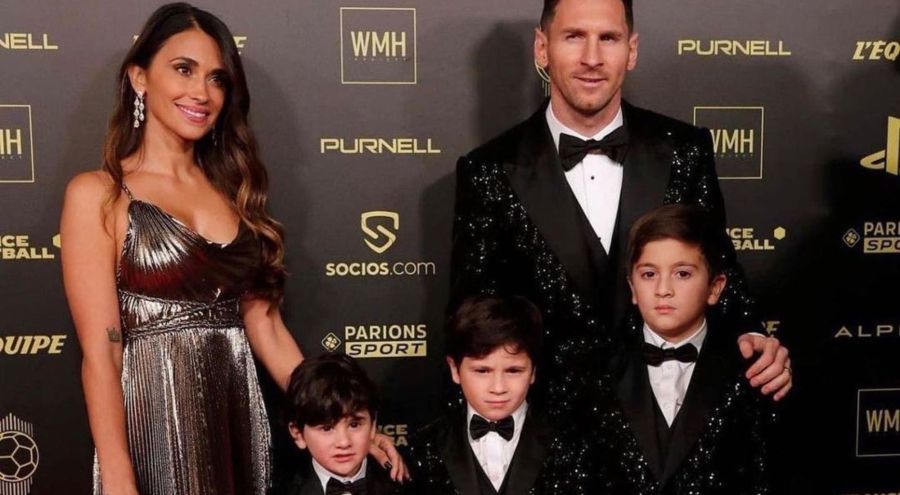 “We gave everything for the national team, we reached three finals, but there was a strange feeling with this group. He was abused a lot. People were very happy throughout the World Cup in Brazil and missed a detail. It’s good that people recognize what has been done. »

2026 World Cup and his retirement

“The truth is that I’m thinking about this World Cup and then I’ll see“, explained Lio, who will become the first Argentine to play the World Cup five times. “A lot of things can happen, football is very changeable. And honestly it seems very difficult to me, but I have nothing clear“, held.

I don’t know when I will retire. Last time I said that after the World Cup I had to rethink a lot of things. For now I’m thinking about it and then I’ll see. I never imagined that I was going to play outside of Barcelona and I ended up in Paris. Football is very dynamic and everything can happen“, he illustrated without closing the door to this opportunity.

“I have always played for myself and to win. I always wanted to give my best in every game. Afterwards, with all that we went through in my family and all that they suffered when they killed me in the national team, I think of them a lot. They had to listen to many lies that were told and they hurt us a lot“, he concluded.