After the date in Spain two weeks ago, this Saturday was the FMS-International, with crosses from some of the most notable in each league. Six other qualified for the grand final came out of this new cut. They are Vijay Kesh, Riddler, Zticma, Larrix, Nitro and Aczino. They join Chuty, Teorema, Blon, Lobo Estepario, Stuart and Chang, qualified at the first meeting. The show was held at the Pepsi Center in Mexico City with great attendance.

Azino He made a great freestyle exhibition against Zaina who fought in all the rounds. But maybe the peak came with Larrix and Lokillo. With the show as a slogan, both sparked on stage, demonstrating a face-to-face that left feelings different from the battles that we usually see. A lot of originality and ingenuity in the service of rap.

Likewise, the fate of the two Peruvians was different. After the falls of necros Yes To stick on on the previous date, this time Vijay Kesh He managed to qualify after defeating MNAK, despite the oxygen problems he had in the battle. While Iota he fell to the Chilean Riddler.

The answer turned on the subject of the Spaniards, something that favored Vijay

MNAK and Vijay Kesh go in for a replica

Vijay and MNAK left this 4×4

The Peruvian is clearly affected by the altitude of Mexico (2,240 m above sea level)

The Last Battle is featured Vijay Kesh vs. MNAK

Lokillo did an incredible minute to the rhythm of reggae

Lokillo and Larrix It’s the third battle of the day

nitro win the second battle of the night

Skone and Nitro go to a replica

The battle is over. The Chilean had the most shouted rhyme of the battle.

FMS International: Nitro’s answer that got the most shout out. VIDEO: Urban Roosters

In Beat mode, Skone chose the dance hall and made everyone dance

FMS International: Skone does a minute on the rhythm of the dance hall. VIDEO: Urban Roosters

The second battle is Skone vs. nitro

FMS International: Aczino vs. Zaina: one of the minutes of the Mexican at the rhythm of Drill. VIDEO: Urban Roosters

The first battle of the night is Aczino vs. Zaina

Aczino, the GOAT enters the scene

Minute of the presentation of Aczino at the International FMS. VIDEO: Urban Roosters

The Argentinian Larrix, one of the revelations of the scene, was thus presented in Mexico.

Skone comes out on stage with his minute presentation. Then it’s the turn of Nitro from Chile and Valles-T from Colombia.

It was the presentation of Vijay Kesh from Peru.

This was the presentation of Jota MC from Peru

It’s the turn of the local Zticma

Lokillo from Colombia surprises with a nice minute of presentation

Zaina (Argentina) presents herself to the public in Mexico City

The contest can be viewed on the official Urban Roosters channels on YouTube and Twitch. Plus, you can follow it minute by minute here. 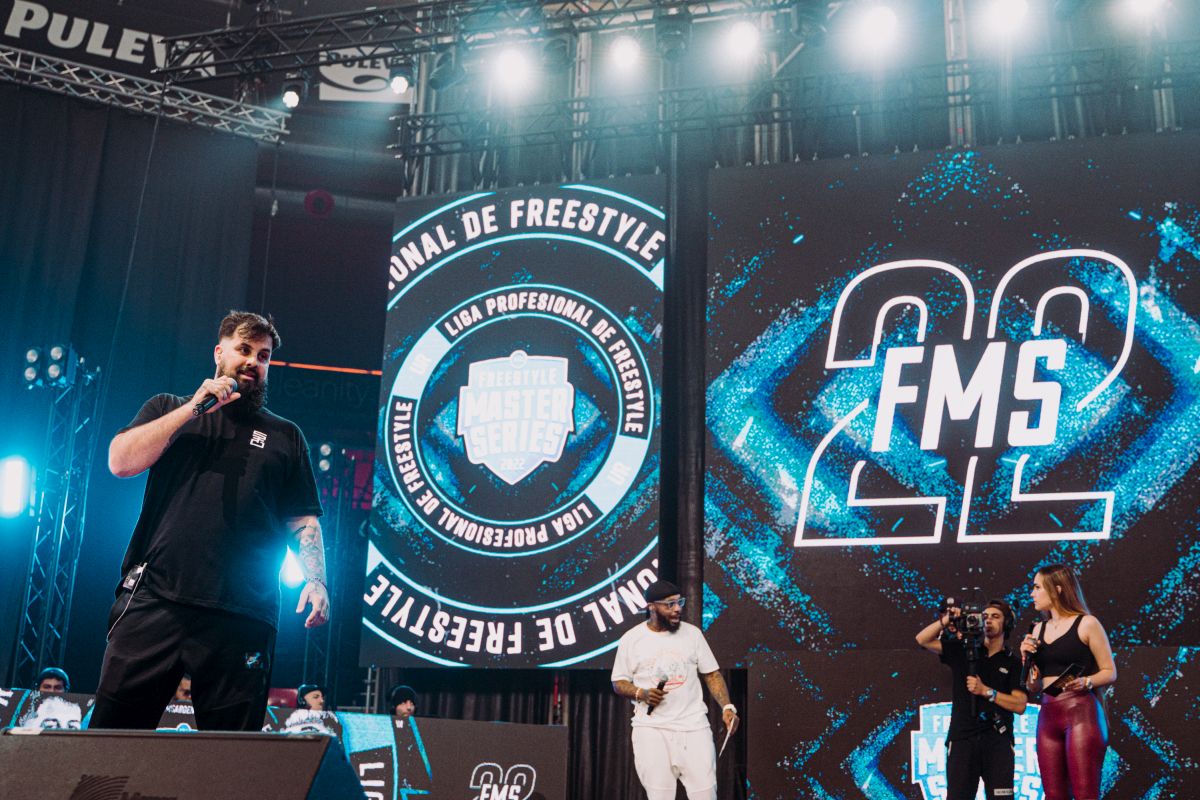 After the first three days in the championship of each country (Peru, Spain, Argentina, Chile, Colombia and Mexico), the first cut was made for the first four qualified for this first round of the Internationals.

These are the classifieds.

Argentina: Larrix, Stuart, Papo and Katra (the latter two have an ongoing battle to define positions)

Among them, Basek, Rapder, Philosopher, Nekroos, Stick and Papo have already been eliminated. Although they have the option of upgrading in the next cut. 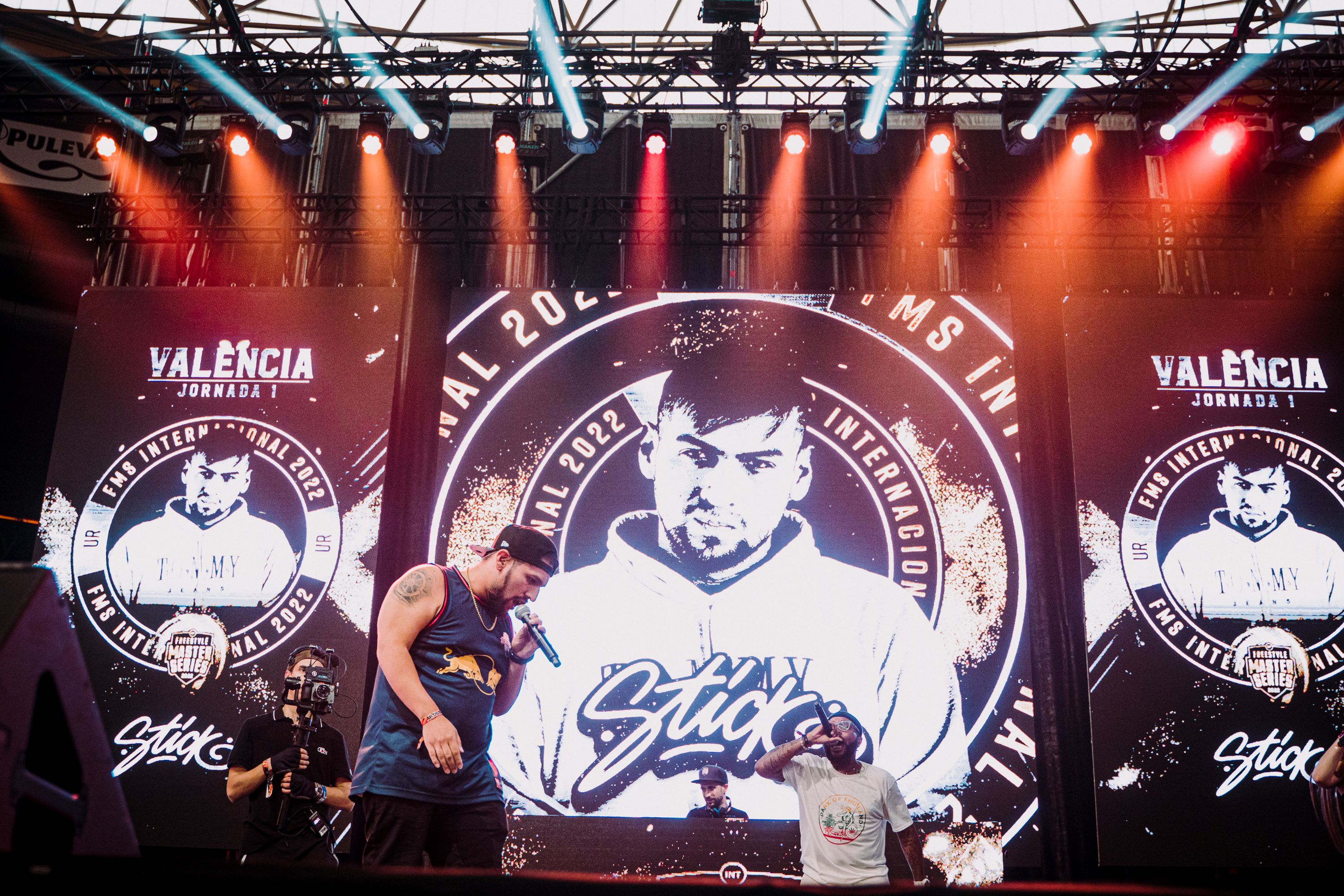 The jury will be composed of Power (Mexico), Joro (Peru), Noult (Spain), CNO (Argentina) and Blazzt (Chile). The hosts will be locals Serko Fu and Vertier and DJ Sonicko will be on the decks. The beavers will be Mariana, Tessla and Abraham.

FMS Peru: results, position table, MVP and everything left from day 4 of Arequipa
God Level All Stars 2vs2: Nekroos-Skone won the date in Spain; Marithea-Chuty are the tournament champions
God Level All Stars 2vs2 2022: Results and Standings for Date 3 in Argentina
Taty Santa Ana: “Let’s be the protagonists of our own story and it doesn’t matter if they look at me strangely”
Prev Article Next Article